Mercampus, a door to hope against the climate emergency. 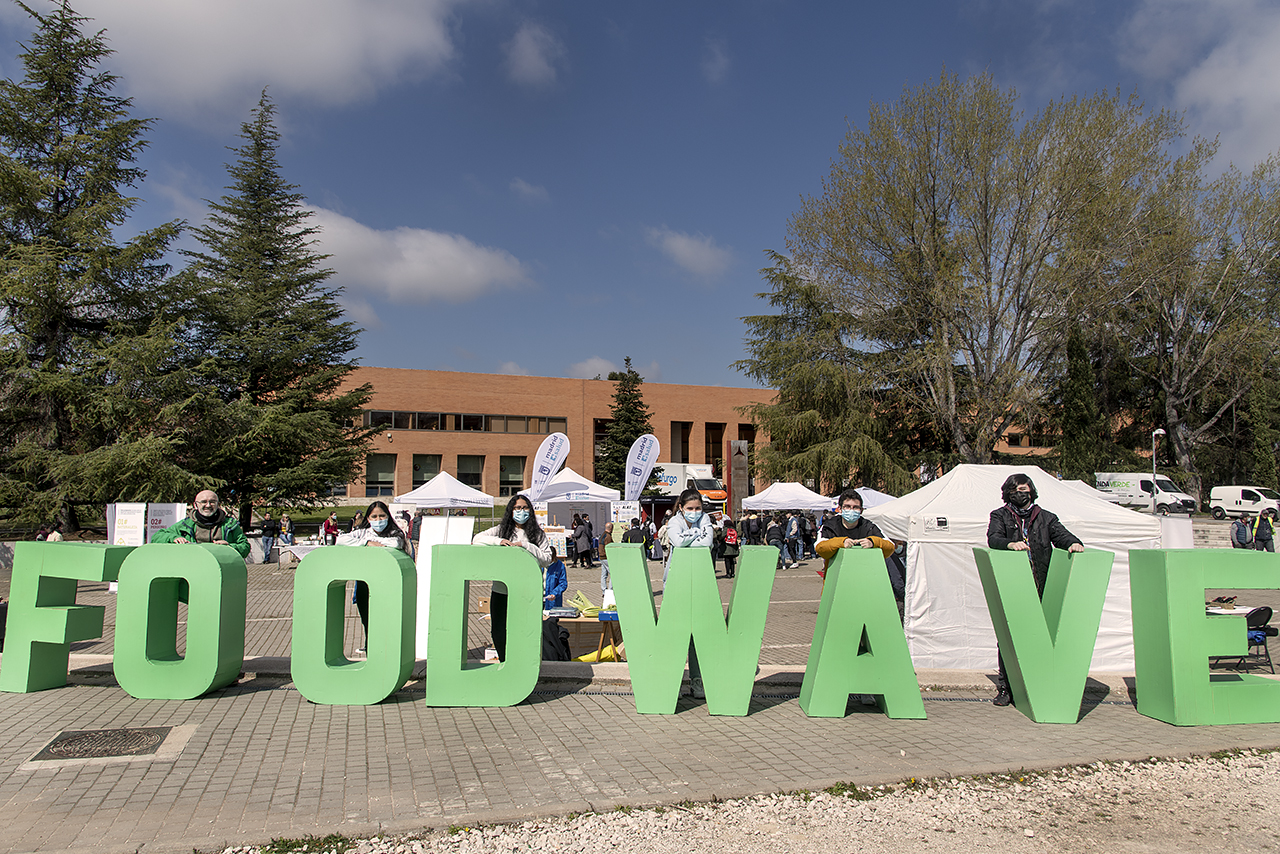 Mercampus, a door to hope against the climate emergency.

On Wednesday April 6. As part of the activities of the Complutense Week for healthy and sustainable food, mercampus, a market of agro-ecological and local producers has been set up on the esplanade of the students building as part of the European Food Wave project,

Jorge Gómez, vice-rector of Technology and Sustainability of the UCM, assures that initiatives of this type “open a door to hope against the climate emergency”, making the university community aware of the importance of reviewing the economic ecosystem in which we live and emphasizing a healthier, more sustainable and responsible food.

The market had stands of producers, institutions such as the Madrid City Council, the Madrid Institute for Research and Rural and Food Development (IMIDRA) and Madrid Salud, as well as a stand of the Campus and Environment Unit of the Vice-Rectorate for Technology and Sustainability.

During the market there were workshops of all kinds, such as those that taught how to make a toast of goat cheese, red pesto and basil, which the attendees were then able to taste; exhibitions on the importance of agroecology and healthy eating in the university cafeterias; a visit to the Complutense HuertaAula de Cantarranas vegetable garden; a gymkhana, or a tasting of wines and cheeses. Jesús Montero, responsible for the Campus and Environment Unit, informs that, in addition, in the Faculty of Nursing, Physiotherapy and Podiatry, high school and vocational training students from several high schools in Madrid, accompanied by their teachers, will carry out a workshop as Food Wave ambassadors.

The vice-rector for Technology and Sustainability, Jorge Gómez Sanz, recalls that already in November there was a collaboration with the European project Food Wave, when they planted a vegetable garden next to the subway of Ciudad Universitaria, with several vegetables and that “it was also a very interesting experience, it is a project that we love and from which only good things are coming out”. According to the vice-rector, this project, which is supported by the Madrid City Council, is part of the context of the Milan Pact, “for a more sustainable food, fairer for producers and suitable for cities not to be centers of consumption without further ado, but to be responsible and contribute to the fight against climate emergency”.

While visitors taste all kinds of local products, from organic vegetables to cheeses and oils, Gómez Sanz recognizes that it is a great idea to bring the plantations to the city and make citizens participate in some forgotten flavors. For example, “how many people today have eaten a pea picked directly from a bush? Very few, and it’s a shame because they miss the wonder of picking that pod, squeezing it between their fingers, feeling how it crunches and eating those peas that are so sweet they burn, that’s an absolute experience. Or chickpeas from a bush, which can be eaten green, peeled and are delicious, but do not eat too many, they are bad for you. They often say that the goals in life are to write a book, have a child and plant a tree, but if you plant a few carrots, that’s good too”.

The vice chancellor would like us all to have a small plot of land available, one meter by two meters, and to cultivate in a simple way. Carrots grow with nothing, or parsley, mint, “that does not cost much and all that fresh produce helps to raise awareness both about food and about how hard the farmer’s profession is, and making a market like this helps to bridge the gap between the city and the countryside, and that is something important,” stresses Jorge Gómez.

The market also teaches how to recycle organic products correctly, how to create compost from this waste and how to participate in Madrid Salud’s Walking People initiative, so that we can live healthier lives. Rosa María de la Fuente, Vice Rector for Students, assures that “students are the group that most demand that we take into account everything that has to do with sustainable food”. Therefore, from the vice rector’s office they are pleased that this market is installed precisely in the Students’ esplanade, because “they are the ones who are more aware of the SDGs, with their own food and the fight against climate change. In addition, here they have the option to see that “there is another way of understanding production and consumption”.

The vice-chancellor also says that they are thinking of “carrying out other actions related to the consumption of sustainable clothing, exchange, recycling, circular economy, which affects them more directly and on which they have more room for change”.