The creative “moves” of the students of Bellas Artes. 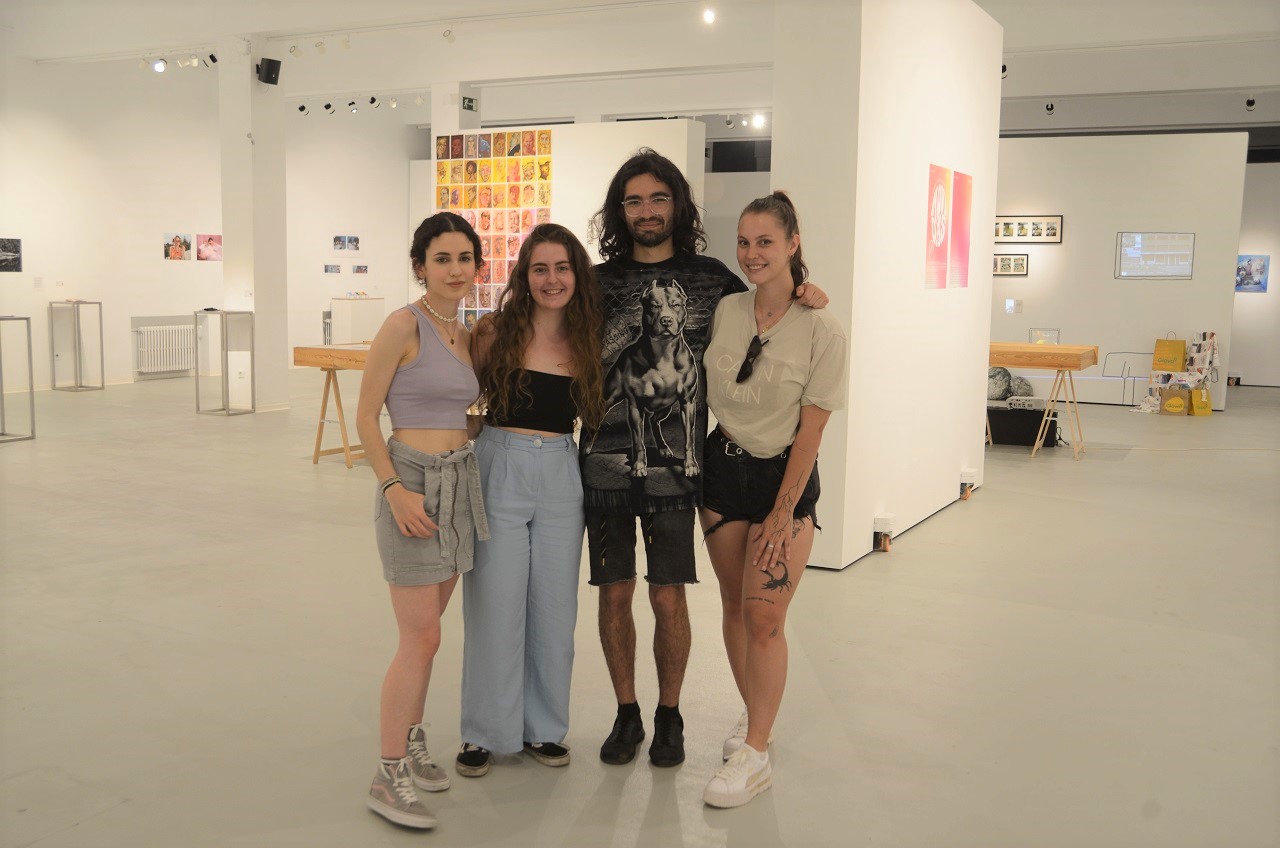 The creative “moves” of the students of Design and Bellas Artes.

When the students and curators, Andrea Gil Montaña, Julia Gómez de Frutos, José Javier Hernández Escudero and Julia Aguilera, thought about what name to give to the exhibition showing the work of the fourth-year Design and Bellas Artes students, the word “Movidas” soon came to their minds. A concept that for a boomer may sound eighties, but the curators explain that it arose during the preparation of the exhibition, when they thought: “this is a movida”, “this is a lot of movidas”. “At first it was like a joke, but then it stuck with that title, as opposed to other names that seemed more sappy, like End of the Road or things like that, because this is much more than graduating, this is launching into tomorrow and contemporary art,” the four of them assure.

Andrea Gil and Julia Gómez are scholarship holders from the Department of Design and Image, which traditionally helps to put together this exhibition, which every year shows the final projects of students from both the Design and Bellas Artes degrees. For their part, José Javier Hernández and Julia Aguilera are Bellas Artes volunteers who decided to apply to be curators for this exhibition, with the intention (more than fulfilled) of gaining experience in what it means to put together an exhibition.

Gómez explains that it was necessary to make quite a selection, because in the case of Design up to three projects could be presented per person and quite a few arrived, “so they have been selected so that there is representation of all the branches of Design taught at the Faculty, and we have tried to ensure that all the people who sent a proposal had at least one work exhibited, but that it had cohesion with the project”. Aguilera points out that in the case of Bellas Artes it has been a similar process, although “not everyone who sent a proposal is in the exhibition, but the vast majority, only three people were left out, because a common consensus was reached that they were not representative or were not up to the level of those who were going to be exhibited, because they were more class exercises than their own work, or at least that’s how the jury considered it”.

The selection was made mainly by the four curators, with the help of another student who volunteered and some professors from various departments who helped to rate the projects and “based on their opinion and the cohesion between Design and Bellas Artes, the works that best fit were chosen”.

The four curators have decided to structure the exhibition, which can be visited until June 3, by conceptual zones, where the works of creators of the two degrees of the Faculty dialogue. The first of them, entering on the right, is more focused on ecology, and if the works of Bellas Artes bring the concept of nature, the works of Design are committed to the use of unconventional materials. Using the movable panels of the exhibition hall, they have decided to create different spaces, with nooks and crannies that give more meaning to the works. Hernandez says that “it has been a bit like playing, because each space has coherence with what it talks about, and if this area of the exhibition talks about how nature expands, the part dedicated to the more urban is almost like a street, like a corner”.

From nature there is a transition to the urban zone, with drawings of high tension towers or repertoires of plants growing in the garden of a house or in an orchard. The curators explain that one of the most beautiful things about the exhibition has been that by bringing together works that had coherence between them, such as these last ones of the plants, “it has turned out that the people who have made them have a very intimate relationship of friendship”.

In this same area of the exhibition, there is a board game on the SDGs and environmental conservation, “which is also fun and playable”. This is where the urban area begins, with many photographs and cartographies on how to represent urban space, and in the end “everything fits together a bit, in fact, here there is an almost perfect dialogue between the pieces on display”.

Next, there is an area of audiovisual projects and new technologies applied to art, including an interactive piece in which visitors can write on a flag. The curators explain that there are several works, especially in the Design part, that are marked so that they can be picked up and looked at, “because they are made to be seen, not to be in a showcase”.

After the urban part, a penultimate one is reached, of more private spaces, of being at home, of the person, until reaching the end of the exhibition, where memories and memory are highlighted. Here, according to Andrea Gil, there are works, for example, about taking care of oneself, about work, identity and insecurities. The curators humbly agree that, beyond their efforts, “the exhibition is good, because all the works are good, and without good material, it would not be the same. Everything has been done to represent a promotion, but also so that everyone can show their work in the way that best suits them”.