At the slightest hint of gender-based cyber-violence, it must be reported. 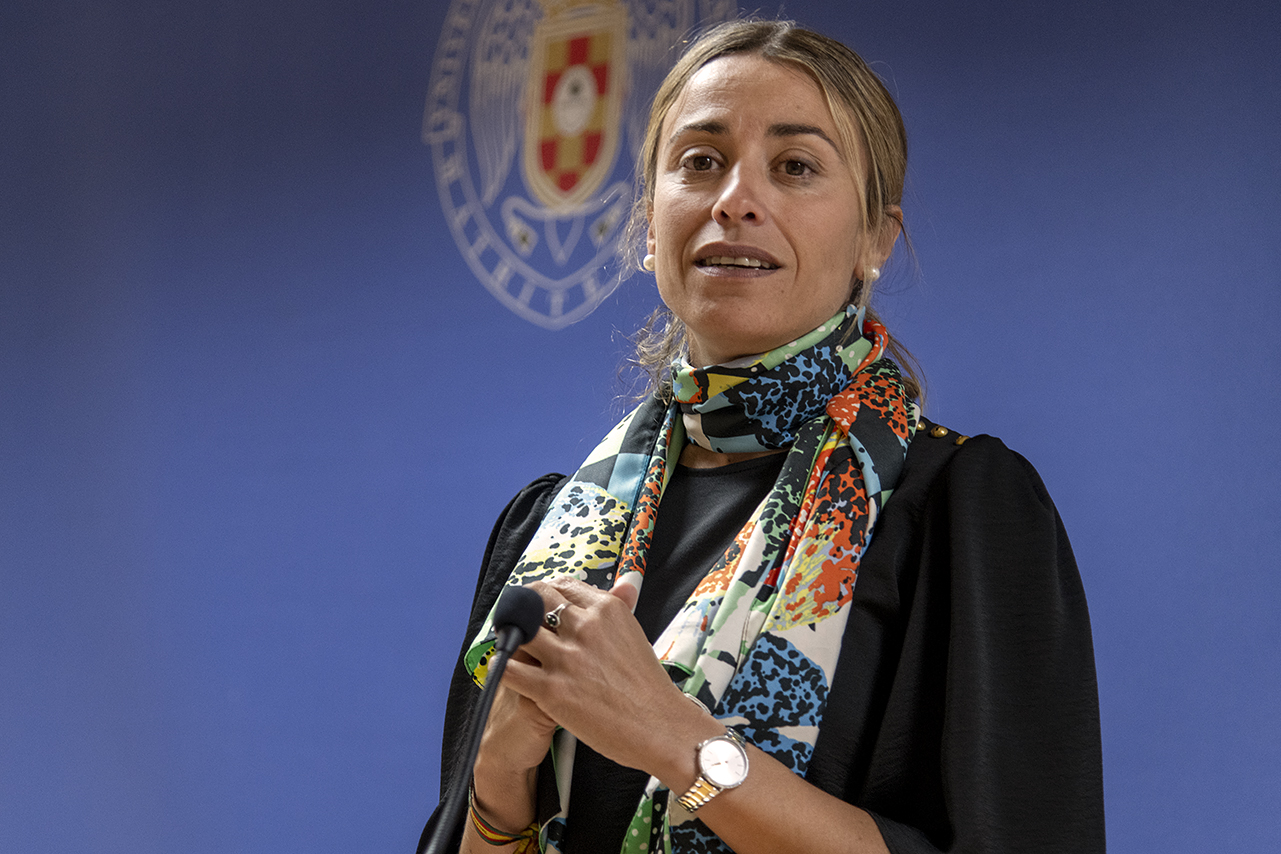 This is what she said in the talk she gave at the Faculty of Mathematical Sciences, organized by the Dean’s Office and the Vice-Deanship of International and Institutional Relations.

The lecturer has been working for many years on the issues of gender violence, something she has done from an operational point of view, as a judicial police officer; academically, with her talks and working with universities such as the Complutense, Autónoma de Madrid and UNED, and as a writer, with works such as Sobre personas y monstruos, Análisis de datos criminológicos and Violencia y ciberviolencia de género.

As a result of all this work, María José Garrido Antón can affirm that today 80% of cases of gender violence are not reported. And this is because there are many emotional factors that hinder these reports, “at least until the seventh or eighth incident occurs”. There are a large number of cases in which women do not want to report, simply because they do not want to see the father of their children in jail or because they want to have peace of mind and do not trust what may happen after the report.

It should be remembered that gender violence is legally described as that in which there is, or has been, a relationship of affection between a man, who is the perpetrator, and a woman, who is the victim. Other domestic violence can be identified as domestic or intra-family violence, but they are not treated in the same way legally. In contrast to this definition, Garrido Antón, as a psychologist, believes that gender violence should be defined on the basis of a pattern that continues over time, with an escalation of violence.

To detect abusers, the use of mathematics is relevant, with predictive programs such as Viogén, which has been in operation since 2007, and which several professors from the Faculty of Mathematics are seeking to improve to make it much more effective. With this prediction, according to Garrido Antón, it is possible to identify profiles of those who are going to reoffend, but it is impossible to detect those partner homicides that occur without any previous incident.

In this context, “gender-based cyber-violence is still gender-based violence, which also occurs in all social strata”. In any case, there is a lot of ignorance of real data, as well as confusion between terms that can be very similar (cyberstalking, cyberbullying, cyber harassment…) and for which a unification that clarifies the concepts would be necessary. This terminological complication can lead to the misreporting of complaints due to the lack of knowledge of the officer who has to take the complaint.

He gave as an example the difference between sexting and the crime of sexting. The former is nothing more than sending images with a sexual tone, or hot, which is not a criminal behavior, but it can be the prelude to a crime when the other person disseminates this material without prior consent. Garrido Antón’s advice is to think carefully about what is sent over the Internet, and to assess the risks and dangers that this may entail. In addition, it should not be ruled out that there may be dissemination by a third party who steals the images from a server.

To inform young people and teachers, the head of the Secretary of State for Security is working with different institutions, such as the UCM, with whose Equality Unit they have already prepared a guide to psychological first aid, which will be published shortly, which speaks, above all, of what not to do. Both of behaviors to be avoided, as well as the way in which to attend to those who denounce the facts, without condescending, blaming the victim, indifference or false empathy.

The speaker reiterated that when in doubt, the best thing to do is to report, even if you think that what is happening is normalized behavior, such as spying on what your partner does online or cyber-control.