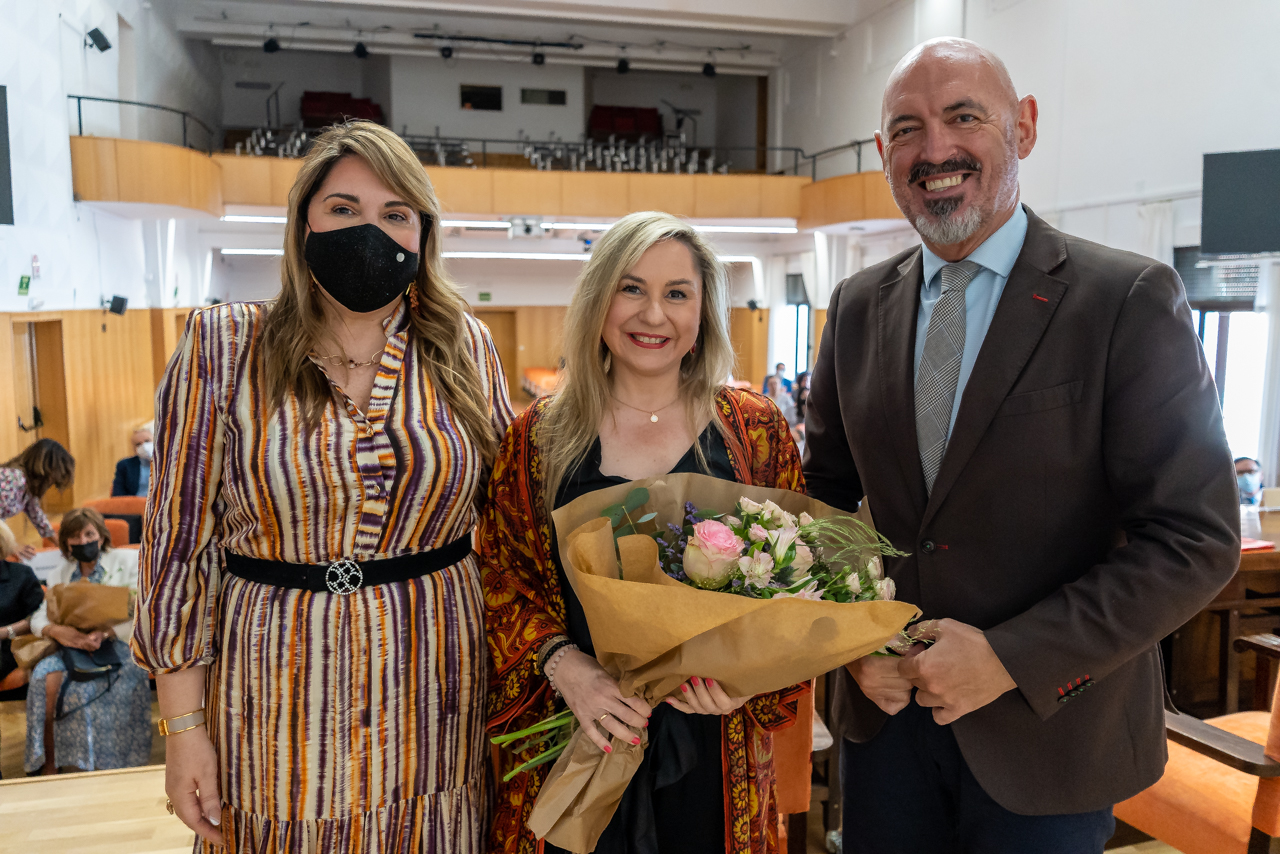 Five decades together, a figure that, as the rector Joaquín Goyache recalled, corresponds to a golden anniversary between the Complutense and a Faculty that “is in great shape, it has been great to celebrate its birthday”.

On the day of commemoration of this event, the rector also pointed out that Commerce and Tourism is a Faculty full of projects, which makes it a “young, modern, dynamic, avant-garde and always in pursuit of quality” center. He was accompanied at the inauguration by Dean Francisca Blasco López, who spoke about the history of the center, and Pablo Garde, Undersecretary of Industry, Commerce and Tourism, who highlighted the important role played by the Faculty in training professionals in two strategic fields for our economy.

In fact, the dean Francisca Blasco pointed out that tourism in Spain, at least in 2019, the last year of reference before the pandemic, accounts for 21% of the national GDP. A figure that Pablo Garde has complemented, adding that trade and tourism are two key pillars of the Spanish economic structure, since their contribution to GDP account for 30% of total employment in Spain.

Garde informed that 17% of the Next Generation funds are aimed at promoting tourism and trade in our country, which will involve an investment of 12,000 million euros, within the framework of Spain 2030. To this end, SMEs will be promoted, tourism will be modernized through sustainability and management will be improved. Garde adds that all this will require professionals such as “those trained in this Faculty of the Complutense, which is a reference both for its degrees and its masters and the current PhD in Tourism”.

The dean assures that a doctorate in Commerce will also be launched soon, which will help to face the challenges that the market demands, always with an eye on digitalization and sustainability. To this end, the Faculty is committed to fundamental principles of quality, ratified by the ISO 9001:2015 quality management certification of its official undergraduate and master’s degrees, as well as the award of the Q for tourism quality granted by the ICTE (Spanish Tourism Quality Institute).

Both the dean and the rector thanked the rectoral team of José Carrillo, who was the one who once turned what was a School into a Faculty, in the 2012-2013 academic year. For Joaquín Goyache, taking into account the Spanish economic reality, the fact that the Complutense has a Faculty with the studies of Commerce and Tourism is absolutely necessary, hence he considers that “this Faculty will always exist, because it is a history that can no longer be changed”.

Apart from a round table, several conferences, a concert by the Orquesta de Pulso y Púa of the UCM, and the inauguration of an exhibition dedicated to these 50 years, the day did not want to miss the opportunity to pay tribute to some of its most illustrious names.

The first of these was the Nobel Prize winner for Literature, Vicente Aleixandre, who worked as a professor, specializing in commercial law at the old School of Commerce, between 1920 and 1922. Alejandro Sanz, president of the Association of Friends of Vicente Aleixandre, has claimed the figure of the writer, before reading his poem Last dawn.

His niece María Amaya Aleixandre, who informed that Vicente Aleixandre’s academic career was cut short by his state of health, which practically relegated him to live in his house, where he opened the doors to old and young poets, also paid tribute to the Nobel Prize winner. Amaya Aleixandre has shown her pride in belonging, herself, to the Complutense, with which she has been linked for 40 years teaching, specifically in the Faculty of Medicine.

The recognition was also extended to the directors of the School of Commerce and Tourism, Serafín Prieto, José Luis Martín Simón and Miguel Ángel Sastre, who was also the first dean after the conversion of the center to a Faculty. The previous dean, Concepción García Gómez, the current vice-rector for Employability and Entrepreneurship, joined the tribute.