Now a days a novel eye detection system has been designed. 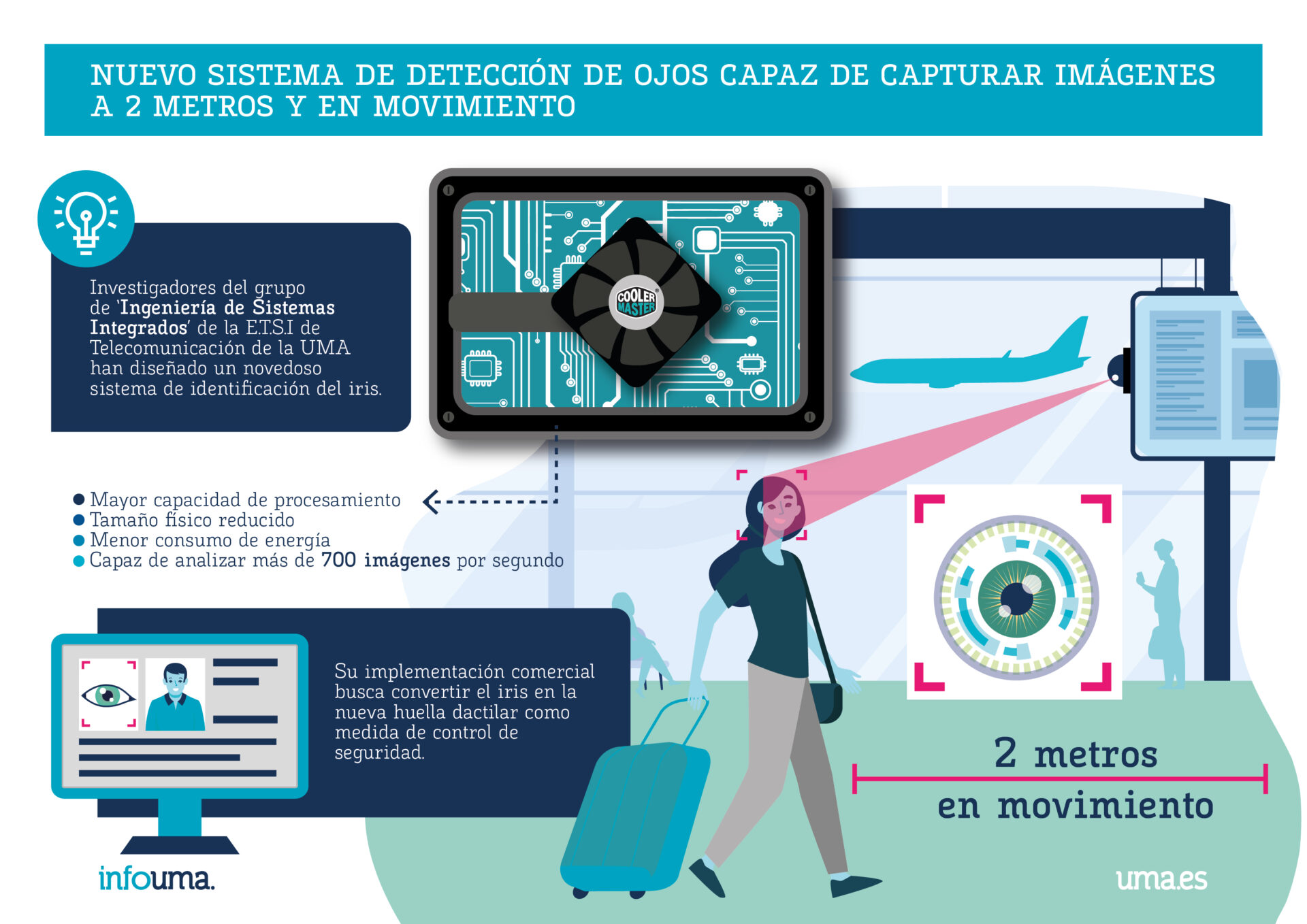 This non-invasive technology has multiple applications in areas such as security and health.

Researchers from the ‘Integrated Systems Engineering’ group of the E.T.S. I of Telecommunications of the University of Malaga, specialized in artificial vision and assistive robotics, have designed this new system that can capture clear images of the iris at a distance of two meters and without the need for the person to stop.

This is an important step in the development of non-invasive biometric identification systems for iris recognition, as it adds greater processing capacity, with lower energy consumption and, in addition, it has managed to reduce the physical size of the system, which becomes an embedded system with a single camera, with very high resolution, instead of several cameras connected to their respective computers.

“It‘s main advantage is that it works with the person in motion and at a distance of two meters, also it does not require the person to stop in front of the camera to be identified, but is able to capture the iris while walking,” says UMA engineer Adrián Romero, one of the authors of the study.

Likewise, the expert explains that the eye detection system developed can analyze more than 700 images per second, although, due to subsequent filtering and evaluation steps, the rate is reduced to about 88 images per second. “It must be taken into account that the previous system worked with only twenty images, so the quantitative leap is enormous,” adds Professor Antonio Bandera Rubio, a member of this R+D+i group at the UMA.

This work has recently been published in the scientific journal ‘Expert Systems with Applications’ and is part of an architecture for biometric identification based on iris recognition that, for more than a decade, has been developed with the company ‘SHS Consultores’ from transfer contracts managed by the OTRI of the UMA.

Its commercial implementation is the next objective, seeking to convert the iris into the new fingerprint, thus facilitating security in access or capacity controls and always in spaces where surveillance is previously specified.