“The art of living together in peace” 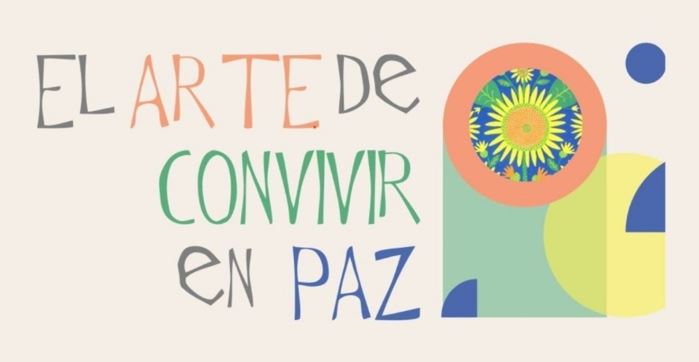 “The art of living together in peace”, the first common agenda to strengthen the culture of understanding, is born.

May 16 is the International Day for Coexistence in Peace, declared by the United Nations. With this date, the UN emphasizes the “important role of civil society in promoting coexistence as a positive, dynamic and participatory process in which dialogue is promoted and conflicts are resolved in a spirit of mutual understanding and cooperation”.

To help achieve these objectives, the project “The art of living together in peace”, organized by the Coexistence Pact Platform and the Círculo de Bellas Artes, where it was presented on Wednesday, May 11, was born. The director of the Círculo, Valerio Rocco, stressed in his speech the need to implement initiatives such as this one “to value the usefulness of culture and education in the design of more tolerant, peaceful and supportive societies”. “Both cultural institutions and educational centers must take a step forward in the leadership of the fight against sectarian attitudes and threats to fundamental freedoms, which unfortunately are gaining strength in our country,” he concluded.

For her part, Ana Ruiz, coordinator of Pacto de Convivencia, pointed out that “living together is an art that must be cultivated intentionally. That is why no effort should be spared in strengthening a culture of understanding that enables us to respond to today’s great challenges. The daily responsibility of building coexistence cannot be externalized”.

This project involves the design and implementation of the first joint sociocultural agenda of coexistence in our country. This agenda will be nourished by specific events that deepen key aspects of coexistence, proposed by all types of institutions: schools, associations, companies, places of worship, professionals… The project will be developed from next May 16 and will last for a year. It is open to all entities interested in participating.

Among the proposals that have already been added to “The art of living together in peace” are: training open to the public through social networks on the impact of the use of algorithms in the daily life of citizens; a seminar on the contribution of migrants to European literature of the 20th and 21st centuries led by researchers from the Autonomous University of Madrid with the participation of teachers and students from 10 countries of the CIVIS European University network. Different religious confessions contribute to the agenda with prayer vigils for open war conflicts, especially for the current situation in Ukraine.

Geographical diversity is also represented on the agenda: Several secondary schools in Cantabria and Castile and Leon are contributing educational events. From the Basque Country, the Buesa Blanco Foundation has added the presentation on May 16 at 7 p.m. at the Europa Conference Center in Vitoria of the book “Transterrados: Dejar Euskadi por el terrorismo”, published in collaboration with the Valentín Foronda Institute of Social History; the consequences of terrorism are also addressed in the documentary theater trilogy “Rescoldos de paz y violencia”, to be presented in May at the Sala Mirador in Madrid.

At the Círculo de Bellas Artes, the Círculo Solidario project stands out, through which it offers different NGOs the possibility of making known their work, often invisible in our society, by making spaces available for them to organize conferences, debates or to exhibit their activities. As an example, next June 17 will be held “Idearia. Meeting of Alternative and Solidarity Economy” will be held on June 17.

This first edition of the agenda wants to pay tribute in a prominent way to the Ukrainian population. Therefore, each event will be part of the Mural of Coexistence in Peace, which will digitally reproduce the work May I give this ukrainian bread to all people in this big wide world, by the artist Maria Prymachenko.

The figure and work of Maria Prymachenko (1908-1997) are a fundamental reference in Ukrainian culture. The artist is a symbol of survival, having survived the First and Second World Wars, a serious illness and numerous vicissitudes. Her colorful naïf style reveals a rich inner world, tremendously imaginative and in continuous reflection on the daily conditions of living together in peace. As a tribute to her, Unesco declared 2009 the Year of Maria Prymachenko. Some of the artist’s works preserved in the Museum of the city of Ivankiv, in the Kiev region, were destroyed by shelling during the first days of the war raging in the country.

This initiative is jointly organized by the Círculo de Bellas Artes and the entities that make up the Plataforma Pacto de Convivencia (Coexistence Pact Platform). Cited in alphabetical order are the Archbishopric of Madrid, the Madrid Bar Association, the Official College of Psychology of Madrid, the Islamic Commission of Spain, the Council of Victims of Hate Crimes and Discrimination, the Coordinator of Development Organizations, Crue Spanish Universities, Diaconia Spain, the Federation of Evangelical Religious Entities of Spain, the Movement against Intolerance and the Third Sector Platform.

All the activities included in the project can be consulted from the 16th onwards on the web page: www.pactodeconvivencia.org