Dog consumption was a common practice among the inhabitants of El Portalón de la Cueva Mayor de Atapuerca (Burgos) from the Neolithic to the Bronze Age. 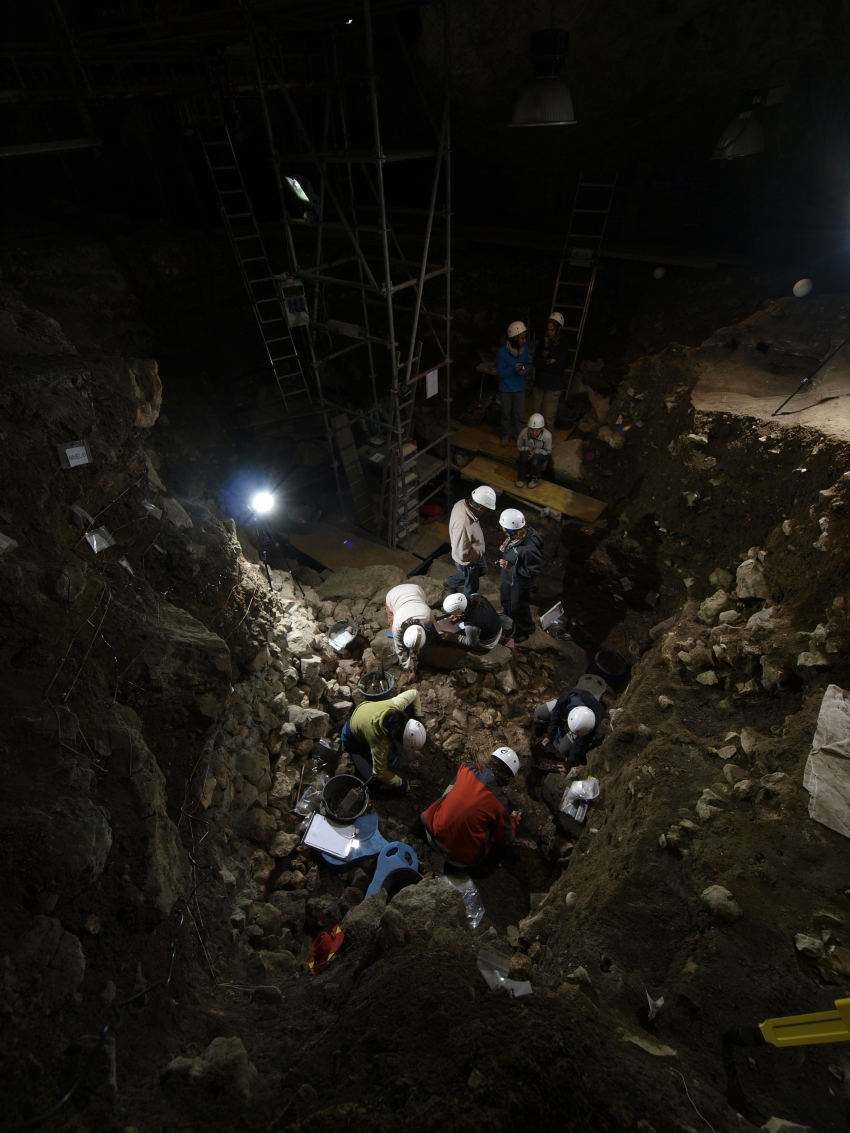 This is the result of a study carried out by the Atapuerca Research Team (EIA) led by Mª Ángeles Galindo Pellicena (MAR; UCM-ISCIII) and Nuria García (UCM).

Madrid, April 21, 2022.-Cinophagy or dog meat consumption is an infrequent practice in current Western societies (except in cases of crisis or scarcity) while it is more deeply rooted in some Eastern cultures. However, a study published in the international journal Archaelogical and Anthropological Sciences carried out by a group of researchers from the EIA confirms that dog consumption was practiced among the inhabitants of El Portalón de la Cueva Mayor de Atapuerca (Burgos) over a long period of time, from the Neolithic to the Bronze Age.

The work involves researchers from the LEH of the University of Burgos, the National Center for Research on Human Evolution (CENIEH), the Joint Center UCM-Carlos III Institute of Health, the Regional Archaeological Museum of Alcalá de Henares and the Complutense University of Madrid and has been led by Mª Ángeles Galindo Pellicena (MAR; UCM-ISCIII) and Nuria García García (UCM).

Several marks of human activity have been recognized on a total of 130 skeletal remains of dogs recovered at different levels of occupation and in both domestic and funerary contexts identified by the specialists throughout the meticulous excavations. This evidence indicates that over the course of 2,000 years the inhabitants of El Portalón consumed dog meat, although due to the small number of remains we can affirm that it was consumed sporadically. This consumption could be related to specific periods of food shortages or famine, but also to rituals or to considering dog meat as a delicacy.

From the paleontological point of view, one of the main problems was to positively identify the remains of the dog (Canis lupus familiaris) and distinguish them from those of the wolf (Canis lupus lupus), the wild species from which the domestic form originated. There are hardly any morphological differences between the skeletal elements of both species and one of the diagnostic criteria that has made it possible to discriminate between them is size, since at that time the domestic dog was significantly smaller than the wolf.

The identification of the different marks carried out by Nohemi Sala, researcher at CENIEH, reveals cut marks, intentional fractures, evidence of alteration by fire, cooking, and the presence of very possibly human bites.

The evidence from the Chalcolithic (5000 to 4000 years old) and Bronze Age (between 4000 and 2000 years old) levels is somewhat more abundant and demonstrates that the inhabitants of the Sierra de Atapuerca, despite cultural, social, environmental, and even population changes, practiced dog eating in a sustained manner over time.

Overall, the evidence provided by El Portalón supports a possible change in the use of dogs from the Neolithic, where cinophagy was scarcely observed, to later periods (Chalcolithic, Bronze) in which ritual use and consumption became more frequent.