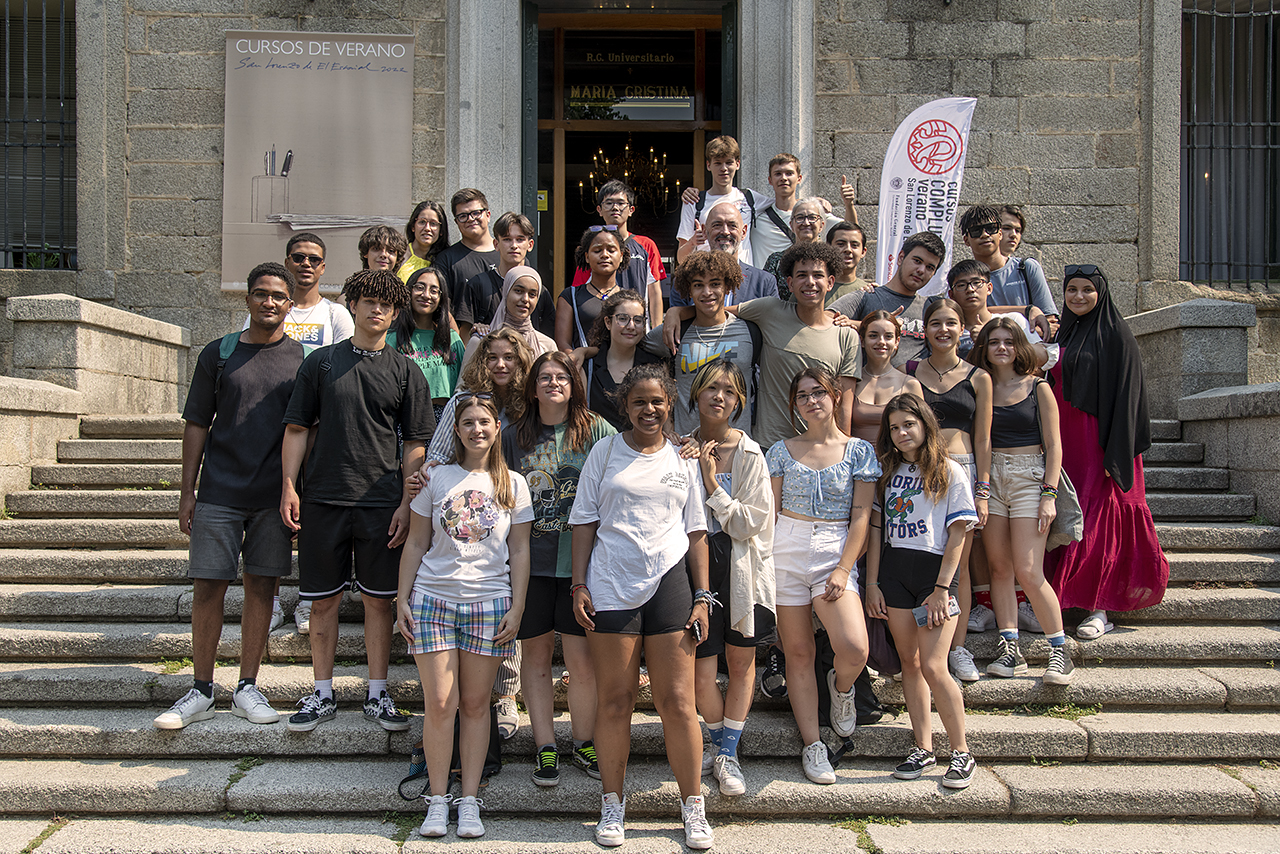 For the second consecutive year, the Complutense University, in collaboration with the Tomillo Foundation, the Dadoris Foundation and social services of the Madrid City Council, has held the Lamarr Vocations Camp. Renamed after the patronymic of the famous actress and inventor of wi-fi, Hedy Lamarr, the camp brings together around thirty high school students, including several refugees from the war in Ukraine, to learn first-hand life university. The coordinator of the camp, Mercedes Echaide, adviser to theOffice of the Vice President for Students for University Orientation and Collaborative Learning, reports that the result of this camp is totally successful, since all the participants in the first edition are enrolled in a university.

Officially, these university meeting days have a program of activities that ” seeks the exploration of vocations and the motivation of students from an active-participatory approach, accompanying them in an approach to the world of science through different experiences within the college campus for two weeks.”

An approach that, according to Mercedes Echaide , this year has been extended to the humanities with workshops such as one on misunderstandings , taught by a professor of Semantics from the Faculty of Philology . The coordinator acknowledges that it has been “a lot of fun, because it has a lot to do with the ways we each have to answer a question, since a discussion can arise or not depending on how each one interprets an answer according to their cultural background “.

Among the novelties of this second edition there has been a first aid workshop in the Faculty of Nursing and another on resuscitation , which were eminently practical; a visit to the Monastery of San Lorenzo de El Escorial has been made , accompanied and guided by students of the double degree in Commerce and Tourism , which has been used to visit the UCM Summer Courses ; a Microbiology workshop has been held ; a fanzine workshop with Pedagogy teachers ; have visited the CSIC , the Museum of Natural Sciences , the Student Residence.

The last activities of the camp are a workshop in the Faculty of Fine Arts and a virtual reality activity.

Echaide explains that the inclusion of Ukrainian refugees has been a challenge because they do not speak Spanish, although they have managed quite well in English and have also been lucky to have “a Ukrainian student who speaks Spanish very well and has helped in the cases that It has been lacking”.

Echaide acknowledges that in terms of awakening vocations, “some already have them awakened, but others have many interests and like everything they see, so they add up” and all these visits and workshops are part of the integration of the participants in this camp. All the participants spend two weeks staying at the Colegio Mayor Nebrija and apart from enjoying the scientific and cultural outreach activities, they have time for sports that they enjoy at the UCM facilities, including the Olympic swimming pool.

The adviser to the Vice-Rectorate for Students assures that “last years’ experience was wonderful; it worked very well and is enriching for both the students and the organizers”. Looking at it with perspective, it is also seen that it is something worthwhile, because last year ” the boys who came, with the exception of two who went for Vocational Training, have entered the university and all are studying what they wanted to do, so which has worked”. This year the age of the participants has been brought forward a little, and many of them are in their first year of high school to “give them a little more time in promoting vocations, to open up perspectives and tothat they see that the university has many resources and is much more than going to class and taking exams”.