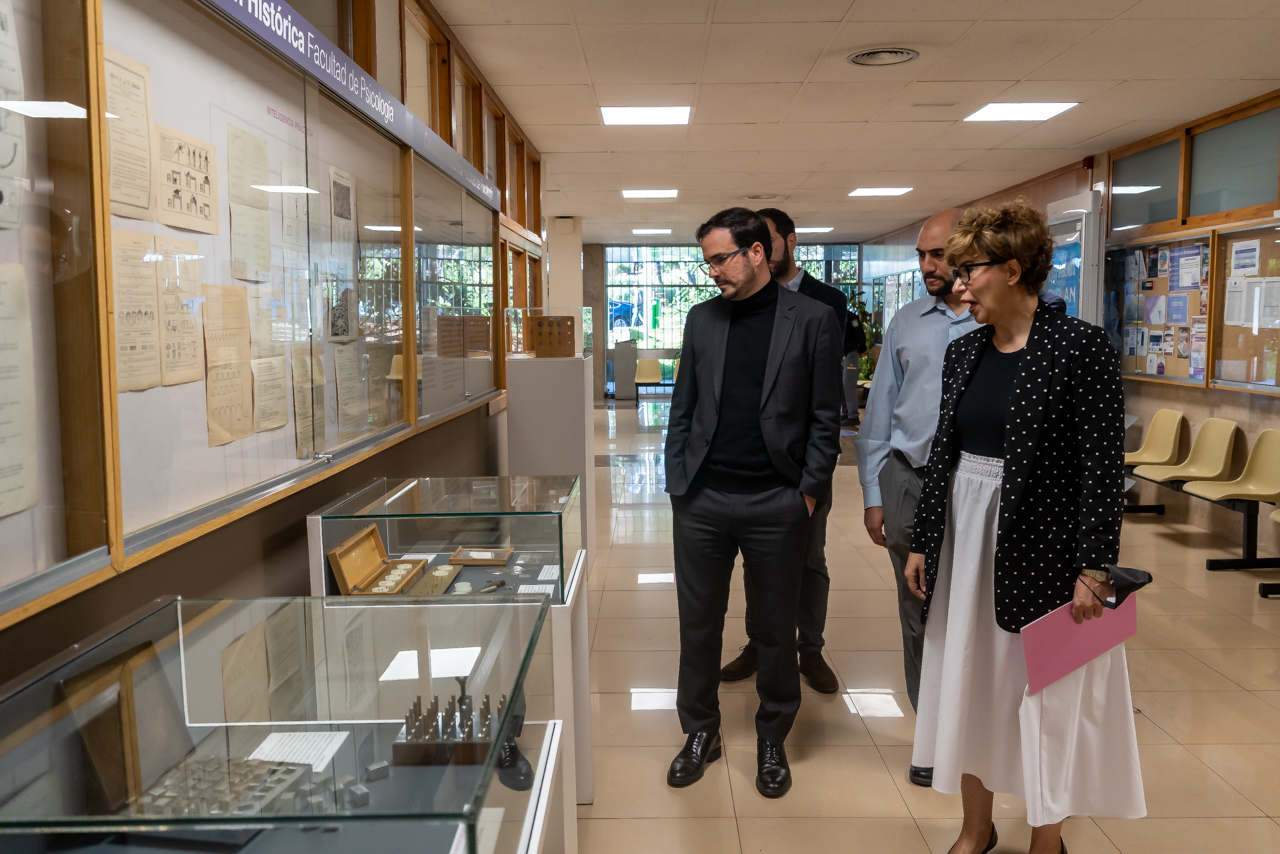 The Minister of Consumer Affairs, Alberto Garzón, inaugurated on May 6 at the Faculty of Psychology the conference “The game of rules as a tool in speech therapy and psychology”, directed by José Antonio Calvo, professor of the Departmental Section of Research and Psychology in Education.

In his speech, the minister recalled the danger that for many people, especially young people, the misnamed gambling games pose and the intention of his Ministry not only to put limits to this activity, as it is already doing, but also to promote healthy leisure alternatives. Among these, Garzón highlighted his desire to encourage board games, since, in addition to being fun, they are educational and have a very important socializing component, not only among young people themselves, but also among different generations.

Garzón began his speech by thanking the university for taking the time to study the educational possibilities of games. Unfortunately, according to the minister, for many people the concept of “gambling” is more closely linked to betting shops – “which are not a game, but a business”- than to the more traditional or even healthy conception of the term. Gambling establishments, Garzón pointed out, have become, together with shopping malls, practically the only places where young people can enjoy their leisure time, with the risks that this entails: gambling, economic problems, stress….

According to Garzón, the Ministry of Consumer Affairs is trying to put a stop to gambling houses. Thus, for example, as of September 1, they can no longer be advertised in the media except from 1 to 5 in the morning. The Ministry wants to accompany the obstacles to “gambling” with proposals for healthier alternatives. One of them are, according to the minister, board games, whose benefits can be very numerous, since they have a very high and very diverse educational component and also serve not only for young people to socialize among themselves, something very necessary in an increasingly technological society, but also, for example in the family environment, between generations. In his opinion, board games are not sufficiently widespread in our country and it is the Ministry’s intention to encourage their use. In this field, the contribution of professionals, especially psychologists and speech therapists, will be very important, “and from the Ministry -concluded Garzón- we are open to collect your proposals”.

Garzón was accompanied at the inauguration of the conference by the dean of the Faculty, Nieves Rojo, and by its director, José Antonio Calvo. The dean recalled that games as an educational tool are present in our lives from a very early age and, increasingly, also in more advanced ones. Games teach to follow the rules, to exercise the mind, to be tolerant or “to win with modesty and to lose with dignity”.

The conference “The game of rules as a tool in speech therapy and psychology consists of interventions and workshops by researchers and professionals linked to the use of the game in its therapeutic and educational aspects: game-based learning, by Pepe Pedraz; the development of daily life skills through the game, by the psychologist Julia Iriarte; the game in speech therapy, by the speech therapists Gema Aranda and Marina González; the use of the game in cognitive stimulation by the researchers Verónica Estrada, Jorge Moya and Nuria Vita. Likewise, José Luis Linaza, professor of developmental psychology and education and professor emeritus at the Universidad Autónoma de Madrid, will give a lecture entitled “Playing with our language: an experience based on the Peruvian toy library networks”.

As the director of the conference, José Antonio Calvo, recalls, the Oscar and Nobel Prize winner George Bernard Shaw already said at the beginning of the last century that “Man does not stop playing because he gets old, but he gets old because he stops playing”. Let us enter,” Calvo points out, “into the “magic circle of play” proposed by Johan Huizinga, a context with its own space and time in which a break is made in the real world and new rules are agreed upon, the playful attitude appears in the participants and motivation, interaction, and fun take center stage.