Philology emphasizes stateless people, the invisible ones of the planet 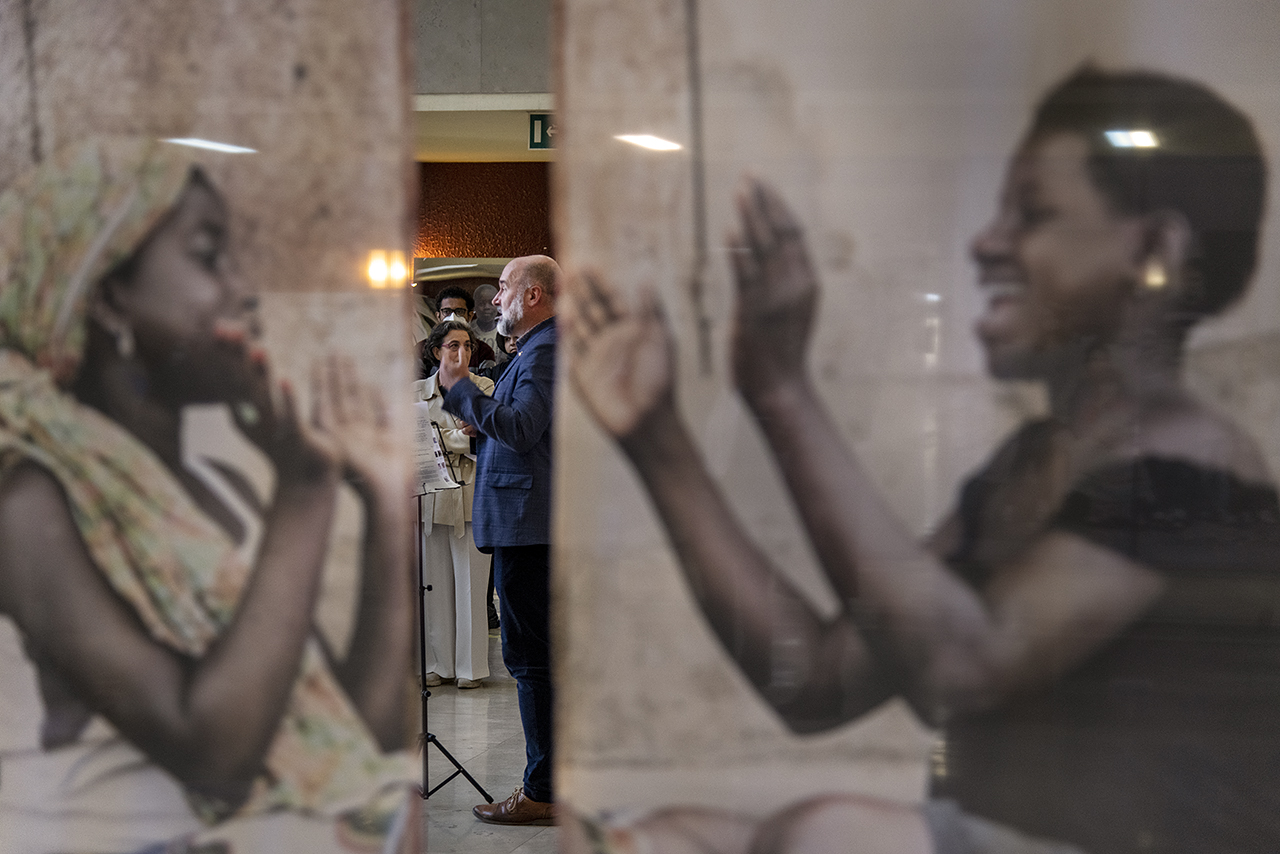 The exhibition -or installation, as its curator, Zara Fernandez de Moya, prefers to call it- has been touring Spain for several years now. It is usually conceived as a “labyrinth of the homeless” that visitors walk through among hanging canvases and mirrors in which they find photographs of stateless people, children, women, the elderly, men too, who for different reasons do not have a recognized nationality, which has led them in most cases to poverty and exclusion. On this occasion, as the curator explained at the opening of the exhibition, the installation has had to be adapted to the place where it is shown, abandoning the labyrinth and presenting itself to visitors in practically a single glance. It is, as the Vice-Dean of the Faculty of Philology, José Manuel Lucía, pointed out, an invitation to get to know them, to get to know a reality that is not ours, but could be. Any of us could be the Rustemon family, stateless after the dissolution of Yugoslavia, or Omar Houssen, who despite being born in Madagascar is not recognized as one of its citizens because he belongs to the Karana community, or Tha Chaa Yeni, who at 18 years old Malaysia considers a “non-citizen”, or Rana Al Ali, or Nassoro Said Ali, or Shaame Hamisi, or?

The inauguration was attended by Tamara Chekaloff, who, moved, told the experience of her father, son of an Armenian-Russian father and German mother, who was born in a concentration camp at the end of World War II, was taken to Argentina with his family and years later, when he arrived in Spain, experienced first-hand what it meant to be stateless. Sergio Chekaloff was a member of what Cristina Gutiérrez, head of AECID’s Humanitarian Action Office, also present at the opening ceremony of the exhibition, called the “invisible population for the rest of the community”, a group that no one knows for sure how many people it encompasses – the 4.2 million people are a minimum number, since precisely their lack of documentation prevents locating many more – and to which the international community cannot continue to turn its back.

In addition to the exhibition, the Faculty of Philology also hosted, in this case in its D building, in the recently named Emilia Pardo Bazán assembly hall, the seminar “I live but I do not exist! The reality of stateless people in Spain and Europe”, in which different legal and social aspects of statelessness were addressed, with the participation of Francisco Ortiz, responsible for the area of statelessness in the UNHCR Office in Spain; Jesús Tolmo, lawyer expert in statelessness and member of the European Network on Statelessness (ENS); Cristina Manzanedo, Coordinator of the ODOS Program and lawyer expert in Migration; José Alberto Navarro Manich, lawyer of the Uría Foundation, and the aforementioned Tamara Chekaloff.