Professors Patricia Rocu and Fernando Barbosa, among those portrayed in the exhibition “We are Afro!” 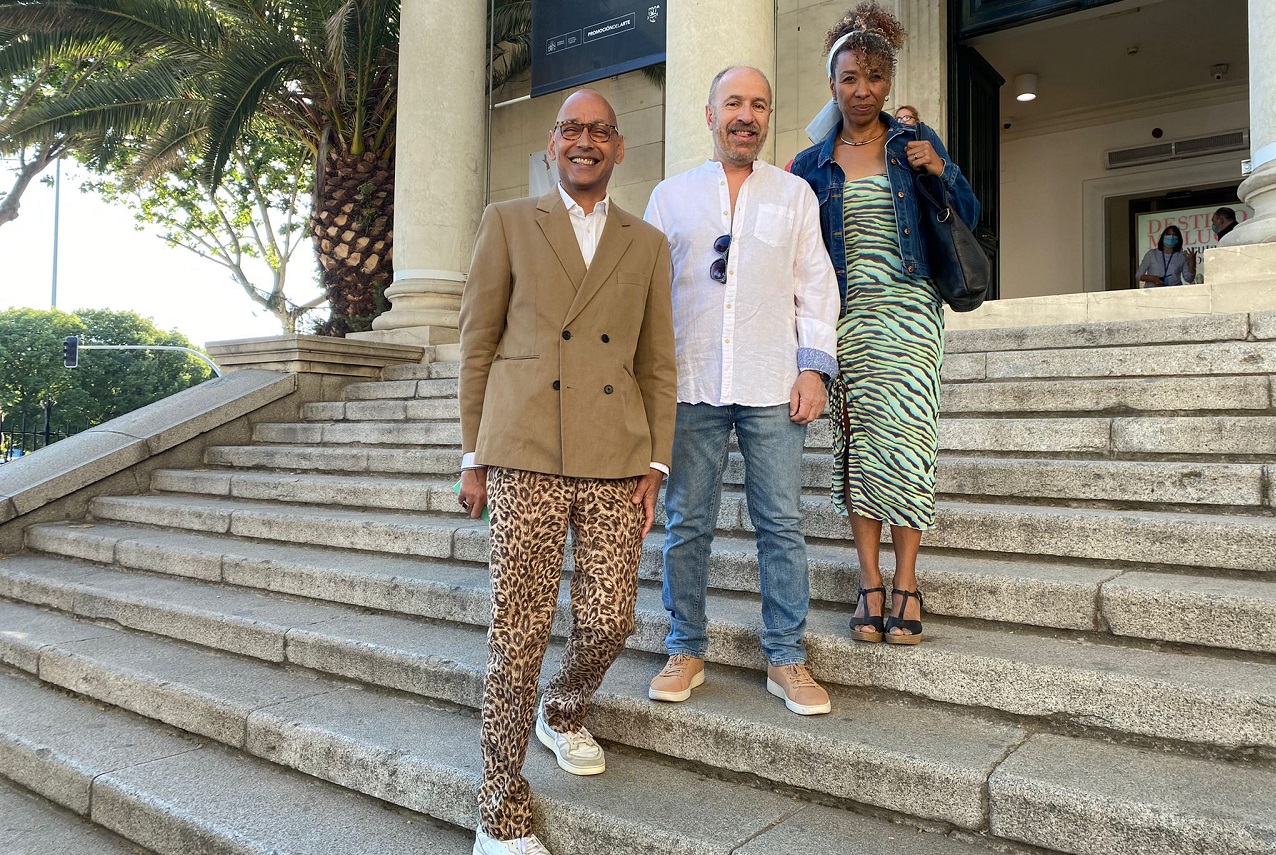 Until October 16, anyone passing through the National Museum of Anthropology (c/ Alfonso XII, 68, Madrid) will be able to see the photographic exhibition “¡Somos Afro!”.

In this case, passing through the Museum is literal, since the 28 portraits that make up the exhibition are on display on the façade. Among the representatives of the Afro-descendant community selected by photographer José Luis Simón to show the heterogeneous reality of this group of citizens are Professor Patricia Rocu, from the Department of Language Teaching, Arts and Physical Education, and Fernando Barbosa, from the Department of Social Anthropology and Social Psychology.

José Luis Simón explains that the idea for the exhibition came to him in the summer of 2019, when he wondered, as a result of media reports, whether black people in our country were only immigrants who came in patera or elite athletes. He then decided to look for people of African descent born in Spain or at least who had been here all their lives, “with their families, their professions and their public relations and socio-cultural networks like the rest of Spaniards”.

The pandemic slowed down the project, but it served the photographer to have more time for “knowledge, analysis and reflection”, to relate and talk to many Afro-descendants, as well as to attend various lectures, talks and events that allowed him to make his own all the concerns that Afro-descendants have. In the first quarter of 2021 the project had the 20 characters that were proposed at the beginning, and for the artist the photographs “were being loaded with backpacks full of life, experiences, struggles and demands, so the project was growing and exciting in the eyes of many people, even though it was being done with the utmost secrecy”.

About the exhibition space

According to Simón, one of the challenges was to find the right space to exhibit the images, until one of the photographed, the expert in Human Rights, Isabell Mamadou, encouraged him to propose it to the director of the National Museum of Anthropology, so he contacted to the director and a few days later he received an answer “which was not affirmative, but not negative either”.

The director himself, Fernando Sáez Lara, explains that this Museum is focused on social and cultural anthropology, and wants to go hand in hand with the evolution of that discipline to which it is linked, and “today anthropology cannot be understood as a science that describes and analyzes, but tries to be proactive, take sides, take a position and contribute to conflict resolution, tries to encourage participation and collective construction of new social realities”.

Based on this criterion, he thought it was important to exhibit José Luis Simón’s project and also to inaugurate it on May 25, Africa Day, or what some call Africa Liberation Day. Sáez Lara believes that the Museum must play an active role in the decolonization of the planet, which consists of putting an end to an “unjust and unequal order”. And in that direction fits perfectly this exhibition, which “has achieved that so many people of the African diaspora, of African descent have participated and have felt identified with the project, because the quality is not only in the images, but also in the message that brings each of the photographed with their physical testimony and with all the stories and stories that have behind.

That is why the exhibition has been held in the most visible space of the Museum, the exterior, which also, according to its director, is very good for “breaking that image of nineteenth-century Museum that refers to those ethnological and Eurocentric museums, and especially to move the message to the street”. A message that claims that “only with diversity and equality can we build a fairer future for all”.

The professor of the Faculty of Education – Teacher Training Center, Patricia Rocu, thanks José Luis Simón for his work to make people of African descent visible in the Spanish context, and considers it very necessary that from a Museum like this “the doors are opened to value the social reality, a reality far from the stereotypes that in the end are still present in the imaginary”.

Rocu is delighted that the exhibition is in the street, forming “windows to the world” and also emphasizes, coming from Physical Education, the importance of “putting a body, those less normative bodies, so that it is normalized that in a society like the one we live in there is a diversity like the one represented in these photographs”.

Fernando Barbosa, from the Faculty of Political Science and Sociology, believes that José Luis Simón has sought, with his camera, to capture the faces of people who are not special, but are people who live in this country, who belong to it, and do not want any specific treatment that isolates them. Barbosa explains that Simón gave each of the photographed people total freedom to choose the place where the photos were to be taken, and he himself chose the steps of the National Museum of Anthropology, because “as an anthropologist and professor at the Complutense University”, he does not transmit his specificity of being Afro or of “being a slave” of his skin color or his phenotype.

Barbosa recalled that this project is part of a global movement on African descent, since the UN General Assembly proclaimed the decade of African descent (2015-2024), so “we are still in that decade, in which we want to tell the world that this reality was forgotten, but it is present in any society and Spain could not be less”.