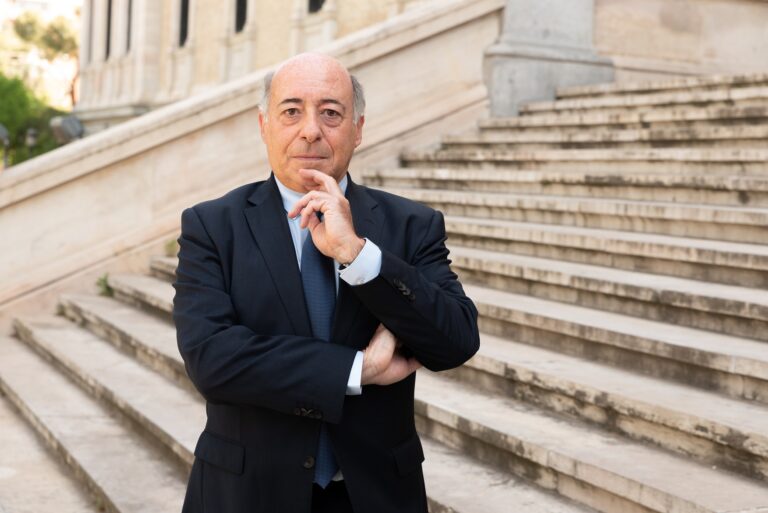 April 26, 2022.  The General Assembly of Crue Universidades Españolas, meeting at the National Library, unanimously elected this Tuesday, April 26, the rector of Universidad Carlos III de Madrid (UC3M), Juan Romo, as president of this association that integrates 76 universities . Romo replaces the rector of Cordoba, José Carlos Gómez Villamandos, who has held the position since May 2019.

Rector Juan Romo, who until now held the position of vice-president of Crue, presented the main lines of work of this association to advance in four directions: university autonomy, financing, internationalization and faculty policies. He also insisted that his work at the head of Crue will focus on supporting universities in their mission of generating and transmitting knowledge, as well as improving the cohesion of their social environment.

The new president of Crue, rector of UC3M since March 2015, holds a degree in Mathematical Sciences with Extraordinary Prize from Universidad Complutense de Madrid, a Ph.D. in Mathematics from Texas A&M University and a postdoctoral stay at the City University of New York. He was a full professor at the Complutense University of Madrid and at the Carlos III University, where he is currently Professor of Statistics. At this university he has held the position of Vice Rector of Third Cycle and Postgraduate Studies, and of Faculty and Departments. Romo has been president of the Young European Research Universities Network (YERUN) from 2015 to 2019 and of the Conference of Rectors of Madrid Public Universities (CRUMA) from January 2018 to December 2018. Currently, he has been Vice-President of the Council of Universities since September 2018 and full councilor of the Higher Council of Statistics representing the Council of Universities since November 2020. He has published articles in international journals and co-authored four books. His current research work includes applications in genetics (microarrays), financial data, big data, and image analysis.