The University of Salamanca allocates 30 million euros in aid to students during the 2021/22 academic year. 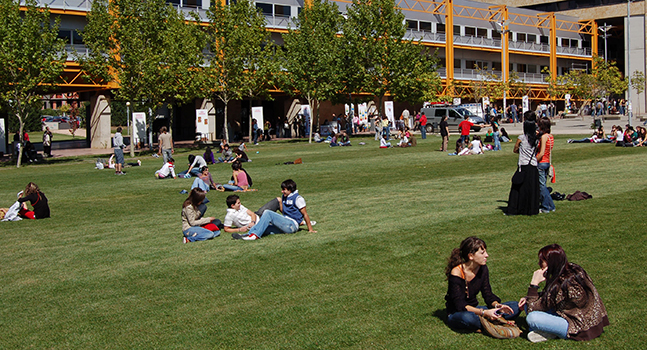 A total of 8,586 grants have already been allocated in the absence of the second call for applications from the Junta de Andalucía.

The final resolution of the Study Grants for undergraduate students who did not obtain the Ministry’s scholarships due to academic criteria has been published today.

The University of Salamanca allocates this year 30 million euros to student aid, through the different calls it manages.

USAL students have received an amount close to 30 million euros in aid for their university studies, with a total of 8,568 scholarships awarded in the calls already resolved (Ministry of Education and Vocational Training, Basque Government, Junta de Castilla León and the university’s own scholarships, not including international scholarships). These figures will increase before the end of the academic year, when the second call for applications for scholarships from the Junta will be resolved, aimed at undergraduate students, whose application period is open until May 9. Last year, 5,117 students benefited from these last grants, with a total amount of more than 1.6 million euros.

On the other hand, the final resolution of the University of Salamanca’s Study Grants for this academic year has been published today, called by resolution of the Vice-rectorate for Students on January 13. These aids are intended for those undergraduate students who, lacking economic resources, are not eligible for the scholarship of the Ministry of Education and Vocational Training for academic reasons. In this case, the USAL has maintained the exceptionality of concession to those applicants whose economic, social or family situation could impede the continuity of their studies or in which a special situation duly accredited, appreciated by the Scholarship Board of the USAL, has concurred.

According to Celia Aramburu, Vice Chancellor for Students, “the University of Salamanca attends to all students who, despite being possible candidates to receive scholarships from the Ministry and the Board, do not get these grants for academic reasons caused by multiple circumstances. These students with less economic capacity deserve to continue having the opportunity to complete their studies. On the other hand, the government team is very aware of the difficulties that students may suffer after these years of pandemic and the subsequent economic crisis, so we will continue to be very attentive to the needs that arise, and we will address them by increasing the total amount of our own scholarships”.

The offer of scholarships and grants of the USAL is completed with several calls for applications under the SolidariUsal Fund, launched in previous years due to the health emergency, managed by the Social Affairs Service and intended to help students with financial needs in emergency situations or serious need that may temporarily affect them, especially those arising from the Covid-19.

Other aid programs available to students are the collaboration scholarships as a complementary training activity to their studies (Collaboration Program in University Services or Collaboration Scholarships in Research Institutes and USAL Centers, created in this academic year to complement those of Collaboration in Departments, of the Ministry of Education); the aids called in collaboration with external entities (Progreso, Conecta, English Up, Equality…); those aimed at rewarding the student’s work in the field of social services (e.g., the University of San Carlos de Compostela, the University of San Carlos de Compostela, etc.). ); those aimed at rewarding the excellence of students with the best academic records; and those aimed at facilitating the mobility of students by giving them the possibility of carrying out part of their studies at another university, such as the SICUE Program.