The UCM and ONCE Foundation sign an agreement for people with disabilities. 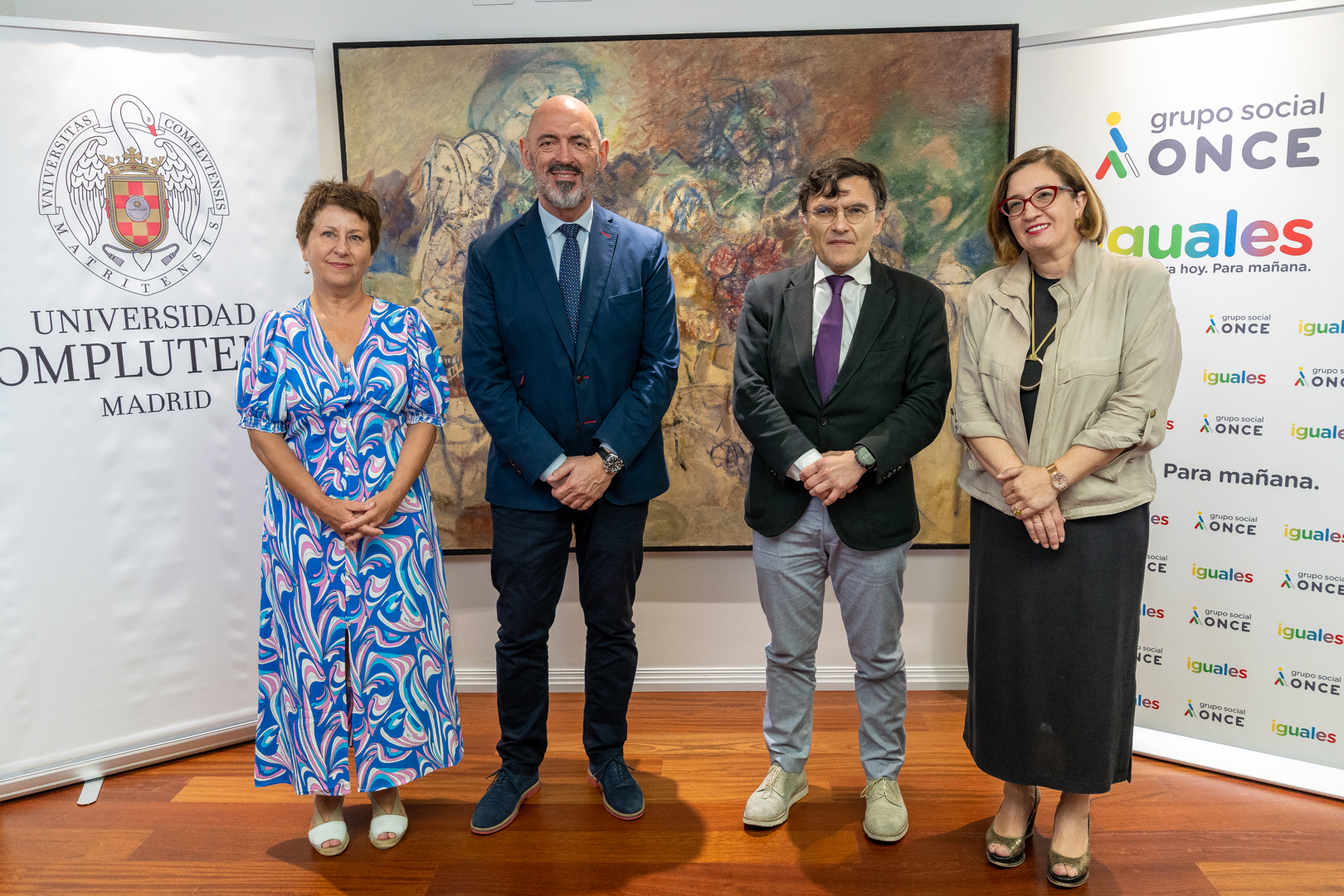 On June 9, Fundación ONCE and the Complutense University of Madrid signed a framework collaboration agreement to improve higher education and access to employment for people with disabilities and thus promote greater equality of opportunity.

The agreement was signed by the rector Joaquín Goyache and Alberto Durán, executive vice-president of Fundación ONCE, in a ceremony held at the Rector’s Office of the UCM in which they agreed on the importance of institutions such as the university being committed to improving the training of people with disabilities, an effort that will have an impact on their employment and, by extension, on their social inclusion. The event was also attended by the rector’s delegate for Diversity and Inclusion, Mercedes García, and the director of Programs with Universities and Promotion of Young Talent of the ONCE Foundation, Isabel Martínez Lozano.

From this perspective, the main objective of the agreement is to establish a general framework for collaboration between the UCM and ONCE Foundation in the development of academic, scientific, cultural and social relations “aimed at promoting the full social inclusion of people with disabilities”. To achieve this, the two entities plan to promote awareness-raising and training activities, improve accessibility and design for all, and promote equal opportunities for students with disabilities and their inclusion in the workplace.

Among the awareness and training actions are those aimed at promoting greater access to university for young people with disabilities and those designed to improve the responsiveness of teachers by designing training programs, protocols, materials and pedagogical guides for the care of these students.

About universal accessibility and design for all, the document states that the guides prepared by the ONCE Foundation and CRUE will be made available to the university to improve the training of teachers, students and future professionals in this area.

With respect to equal opportunities and the improvement of employment for university students with disabilities, the agreement proposes to carry out actions that favor access and participation in transnational mobility programs for these students, to promote training actions aimed at facilitating the inclusion of university students with disabilities in the labor market and to disseminate the ‘Opportunity for Talent’ scholarship program and the ONCE Foundation-CRUE Spanish Universities internship program among this group.

In addition, UCM will study the possibility of forming part of the ‘Forum for Socially Responsible Contracting’, whose aim is to promote the inclusion of social clauses in public and private contracting that favor people with disabilities.

Finally, the framework agreement refers to the design of an internal regulation that regulates the access measures for people with disabilities to the teaching and research bodies, as well as the university’s administration and services, applying, developing and specifying in its own regulations the legislation in force regarding the reservation of public employment for people with disabilities.  These regulations will contain a set of affirmative action measures in favor of teaching and research staff with disabilities so that they can fully develop their professional career.